Innovation, funding and policy have to be in step to ensure EU Farm to Fork Strategy targets are attainable for farmers

D uring the second EBIC and New Ag International Farm to Fork Europe (F2FEU) live video panel, Alexandra Nikolakopoulou, Head of Unit for the EU Farm to Fork Strategy at the European Commission's Directorate-General for Health, and Luca Bonini, President of the European Biostimulants Industry Council (EBIC) and CEO of Italpollina discussed the roles of innovation and policy in fostering resilient, dynamic, and sustainable agriculture and food production in Europe. Watch the recording now. 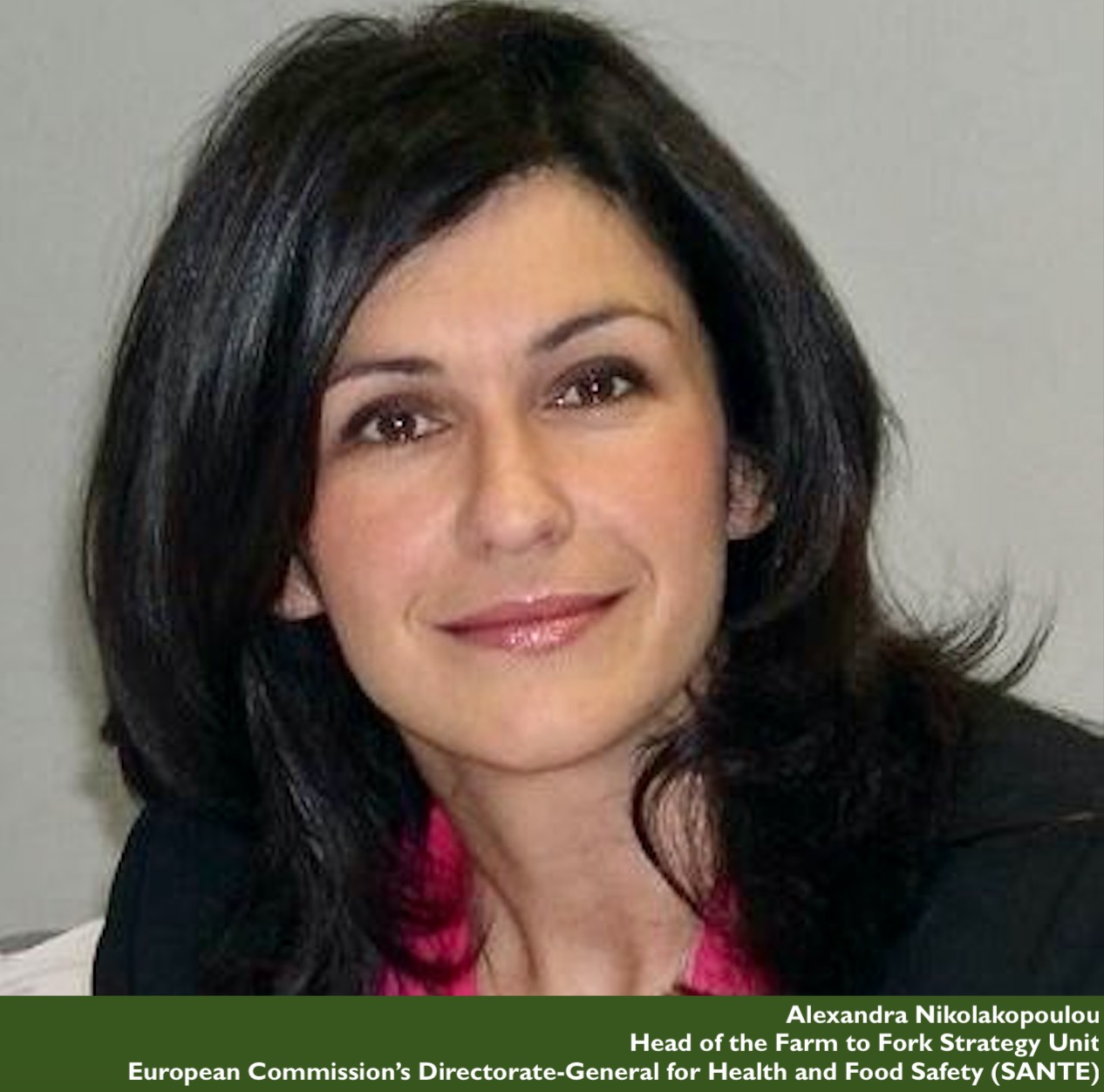 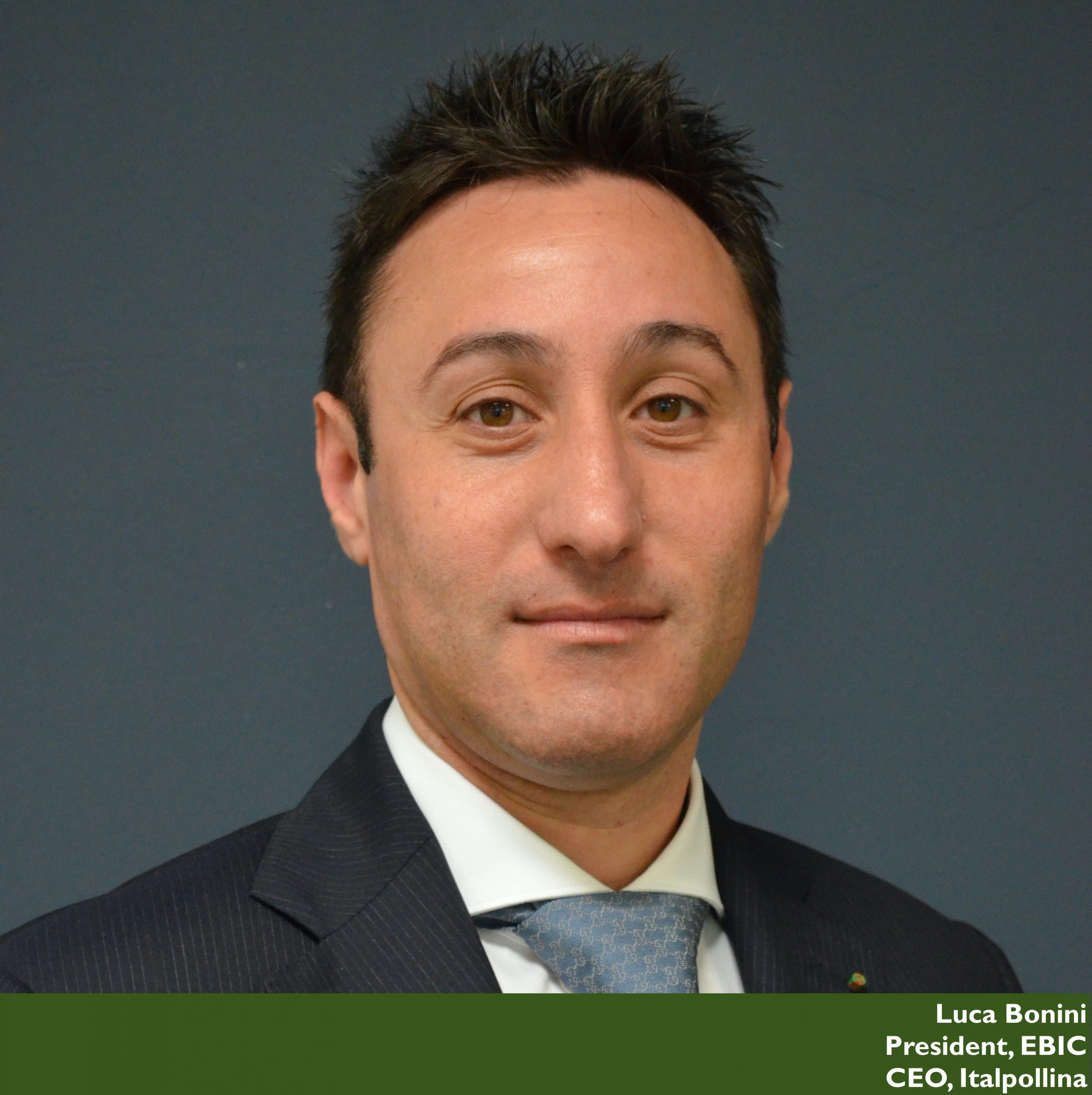 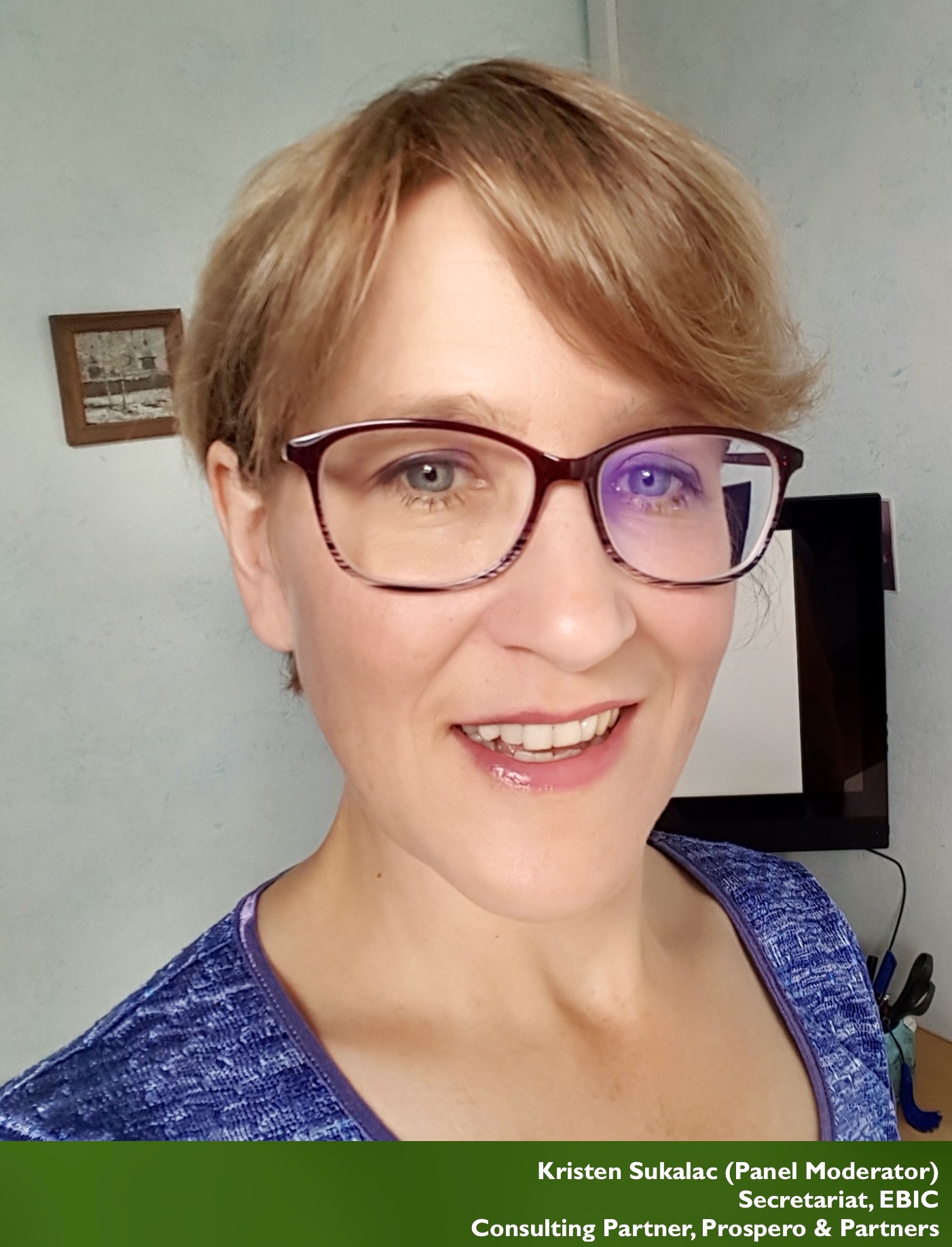 EBIC and New Ag International hosted “Fostering resilient, sustainable and dynamic agriculture and food production in Europe: the roles of innovation and policy,” the second event in their Farm-to-Fork Europe series on 14 October. The live video conversation between Alexandra Nikolakopoulou, Head of Unit for the EU Farm to Fork Strategy at the European Commission's Directorate-General for Health, and Luca Bonini, President of EBIC and CEO of Italpollina, was moderated by Kristen Sukalac, Consulting Partner at Prospero & Partners.

The engaging debate covered the ambitious targets proposed by the Farm to Fork Strategy and inherent tensions among objectives that create challenges for achieving them. The EU’s new Farm to Fork Strategy – an ambitious vision for the future of European food systems – aims to foster the transition to a climate-neutral food chain in the EU by 2030, of which EBIC believes plant biostimulants can play a key role in contributing to climate-smart agriculture.

Ms. Nikolakopoulou and Mr. Bonini also considered how plant biostimulants and other bio-based agricultural inputs can contribute to achieving these objectives and what policymakers need to do to help innovations be taken up by growers.

Alexandra Nikolakopoulou introduced the thinking behind the new Farm to Fork Strategy, explaining that its targets – including 50% reduction of chemical pesticides; 20% reduction in fertiliser use; and a 25% increase of agricultural land under organic farming by 2030 – are aspirational rather than legally binding. She highlighted plant biostimulants' role in increasing crop quality and reducing nutrient losses in this context, including in organic farming. In response to a question by Ms. Sukalac on conflicting policy targets between the Farm to Fork Strategy and the Organic Farming regulation (notably with regard to its restrictions on sources of nutrients which limit circularity), Ms. Nikolakopoulou stated that the Commission was aware of some internal conflicts, but accepts these as the trade-offs that policy makers and stakeholders need to debate to choose the best balance. She acknowledged the need for organic agriculture to use circular principles and incorporate sources of recycled nutrients so that organic farming may contribute to nutrient loss reduction targets alongside conventional agriculture.

Luca Bonini noted the opportunities for bio-based fertilising products created by the new EU Fertilising Products Regulation (FPR), which gives these products access to the Single Market for the first time. Highlighting the high levels of innovation and research among the European plant biostimulant industry, he called for regulation to keep up with such innovation, including a quick and effective implementation of the FPR. Mr. Bonini also called for more emphasis on the concept of integrated crop management, ensuring a more holistic approach to – and understanding of – plant health by farmers. He also underlined the importance of economic viability for European growers, ensuring they can respond to increased regulatory demands in an economically – as well as environmentally – sustainable way.

Ms. Nikolakopoulou also acknowledged the need for innovation, funding, and enabling policy frameworks to improve uptake of products such as biostimulants and referred to measures already available in the Common Agricultural Policy (CAP) today. She also emphasised funding available under Horizon Europe as part of the Green Deal call for such initiatives. However, she cautioned that increased sustainability could not be to the detriment of food safety.

Drawing on audience questions, Kristen Sukalac wrapped up the conversation by asking how the Farm to Fork Strategy's targets could be made realistic and attainable, rather than just aspirational. Ms. Nikolakopoulou explained that the Strategy aims to link food production with consumer demand for more sustainable products. Costs are expected to be reduced in the long-term as different products move out of niche markets into mainstream consumption.

The online debate attracted some 350 viewers.

Initially scheduled as an in-person conference, the EBIC-New Ag International Farm to Fork Europe event series now includes a series of digital roundtables on crucial issues related to the shift to a more resilient, sustainable, and dynamic food chain in Europe.

Register to see “Fostering resilient, sustainable and dynamic agriculture and food production in Europe: the roles of innovation and policy”, the on-demand recording of the 14 October 2020 debate.

Register to see “Food Chain Resilience During COVID-19 and Beyond”, the on-demand recording of the 14 May 2020 roundtable.

New Ag International and EBIC are delighted to announce the launch of Farm to Fork Europe, taking place 22-24 June 2021, which has undergone a timely transformation, moving to an all-digital format. Our digital platform will offer you the ability to participate in virtual networking experiences, gain relevant content, arrange one-to-one video meetings, and form new connections with leading experts through interactive networking and panel discussions..

Gain fresh ideas and applicable tools to take your business to the next level. Learn how to secure investment, leverage disruptive technologies, connect with the wider food chain, and capitalize on biostimulant & biological ag technology!

With 3 full conference days dedicated to farm to fork initiatives, and disruptive technologies to make the Next-Gen food chain a reality, there are too many highlights to list them all! Take a look at the agenda to see for yourself.